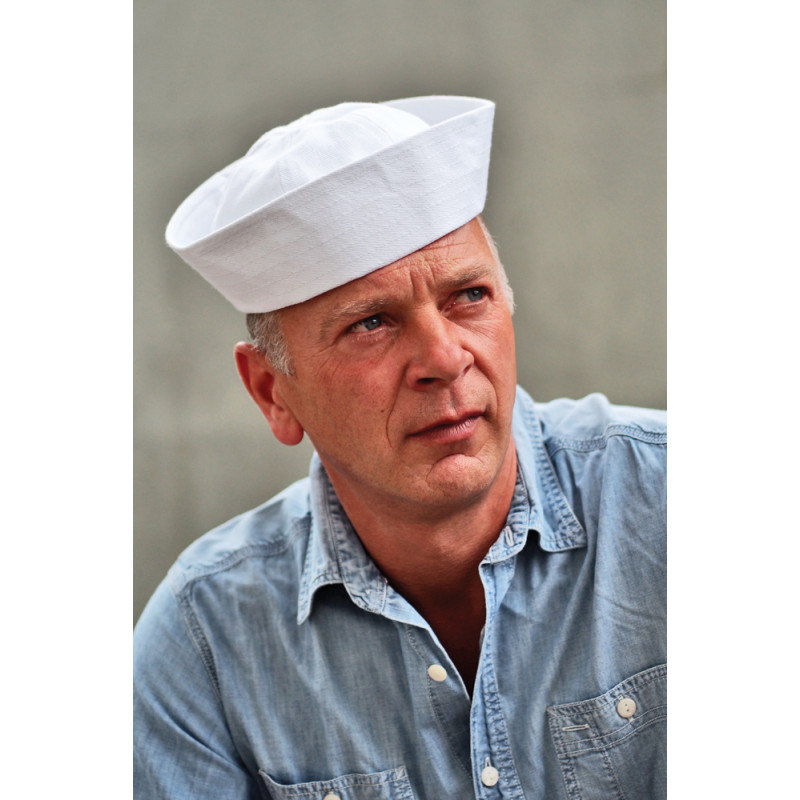 The U.S Navy originally worn the blue cap with its large side. Walt Disney immediately immortalized it with Donald Duck and its blue hat and U.S Navy servicemen called their cap " Donald Hat" (source of perpetual jokes). They abandonned it for the white utility hat only used by the mechanic mates. The white utility hat was commisionned for all Navy personnel, from 3rd to 1st class.

No customer reviews for the moment.

3 other products in the same category: